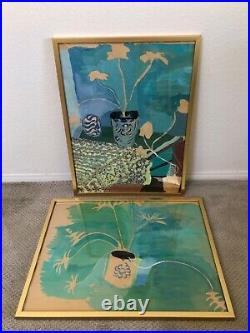 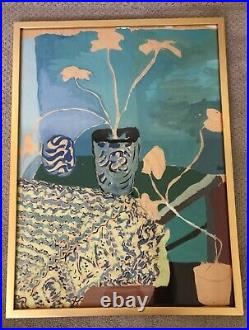 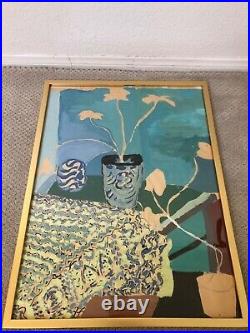 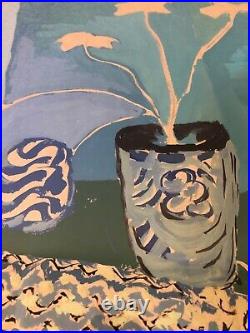 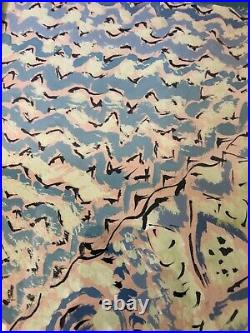 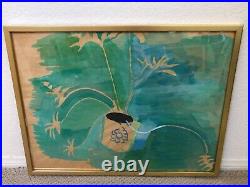 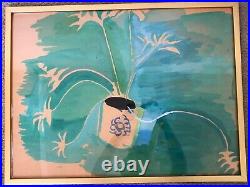 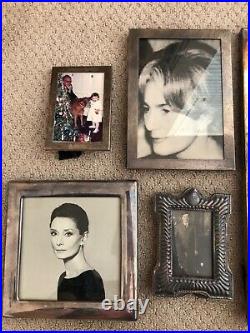 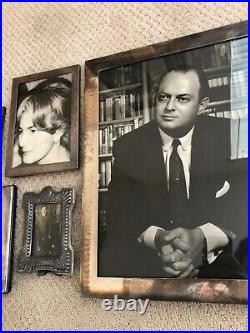 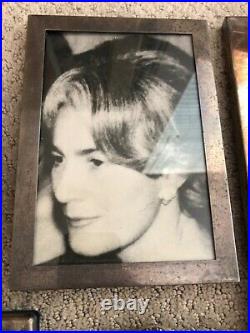 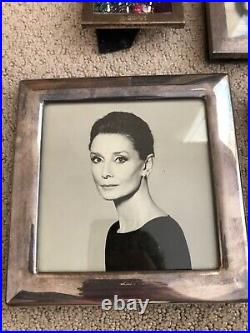 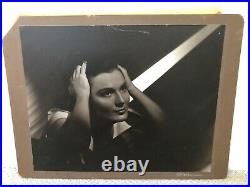 These are two Very Rare Unfinished watercolor. On paper artworks by Mid Century California Modern Impressionist artist, Bob Paul Kane (1937 – 2013) They were acquired from the deceased estate of Connie Wald, widowed Hollywood socialite and wife of the film executive Jerry Wald. Connie Wald was one of Bob Paul Kanes biggest patrons, and introduced him to her friends, including Audrey Hepburn, who all collected his works as well. These (2) paintings were found in an old portfolio, unframed and are unsigned, but %110 these are both by the hand of Bob Paul Kane. As you can see in the last photos, I also acquired a set of Connie and Jerry Walds family photos, including an original photograph of Audrey Hepburn. They are all mounted in pure fine silver frames. I also acquired Connie Walds studio photos by Hollywood luminary and photographer, Ted Allan. I have more unfinished works by Bob Paul Kane which I will list this week. Each painting is approximately 18 x 24 inches including frame. They are a rare window into the artists creative thought process, and are a must have addition for any collector of this artists work. I acquired many artworks from this estate, so check back often for more items to come. Please check my other listings for more wonderful and unique artworks! About Bob Paul Kane & The Walds. After leaving Cornell University to study painting, Bob enrolled at the Art Students League in New York with Will Barnet, where he met his wife Eva. Bob’s paintings are full of joy, exuberance and love of color. It is no accident that Matisse was one of his favorite painters. Gustave Flaubert once said that “sadness is a vice, ” and Bob Kane’s exuberant paintings reflect that creed. Many of his works were acquired by Connie and Jerry Wald, the film producer, and the collector Edward Broida, who donated his collection to New York’s Museum of Modern Art, from which the Museum chose two of Bob’s paintings. Wald introduced Bob’s work to her Hollywood friends, including Audrey Hepburn. Her son, Sean Hepburn Ferrer said Audrey loved Bob’s work and owned twenty of his paintings. And the book on his work, The Paintings of Bob Kane: People and Places, published in 2002, is dedicated to her. Bob’s work was shown in: the American Embassy in Tokyo, Japan and Berne, Switzerland. He has had twenty five exhibitions at the Harmon – Meek Gallery, Naples, Florida; He had shows in New York at the Bertha Schafer Gallery, the Hollis Taggart Gallery and many others. Bob has had twenty five exhibitions at the Harmon-Meek Gallery, Naples, Florida. Bob’s paintings were full of a passion for life. Yet, he sometimes despaired of getting it all down. “One can only hope to grasp just a little of it, ” he often said. ” However, Stendahl also said, “beauty is the promise of happiness. And that is what Bob Kane’s work and life were all about. He shall be greatly missed. The item “RARE Mid Century Modern California Impressionist Painting (2) Bob Paul Kane” is in sale since Monday, April 26, 2021. This item is in the category “Art\Paintings”. The seller is “willsusa_utzeqm” and is located in Orange, California. This item can be shipped to United States, Canada, United Kingdom, Denmark, Romania, Slovakia, Bulgaria, Czech republic, Finland, Hungary, Latvia, Lithuania, Malta, Estonia, Australia, Greece, Portugal, Cyprus, Slovenia, Japan, China, Sweden, South Korea, Indonesia, Taiwan, South africa, Thailand, Belgium, France, Hong Kong, Ireland, Netherlands, Poland, Spain, Italy, Germany, Austria, Bahamas, Israel, Mexico, New Zealand, Singapore, Switzerland, Norway, Saudi arabia, United arab emirates, Qatar, Kuwait, Bahrain, Croatia, Malaysia, Brazil, Chile, Colombia, Costa rica, Panama, Trinidad and tobago, Guatemala, Honduras, Jamaica, Barbados, Bangladesh, Bermuda, Brunei darussalam, Bolivia, Ecuador, Egypt, French guiana, Guernsey, Gibraltar, Guadeloupe, Iceland, Jersey, Jordan, Cambodia, Cayman islands, Liechtenstein, Sri lanka, Luxembourg, Monaco, Macao, Martinique, Maldives, Nicaragua, Oman, Peru, Pakistan, Paraguay, Reunion, Viet nam, Uruguay.